Daitye, Inc. (pronounced DAY-TEE), is a New York-based jewelry line.  Daitye, Inc. was established in 2008 after designer Shivon Carolina visited a boutique in Atlanta, GA, purchased a couple of pieces and returned to New York with an idea of creating her own jewelry line.  After receiving the direction of one of her aunt's who also dabbled in jewelry making (beading), she was able to start up her line.  She pondered for a couple of weeks to determine what the name of the jewelry line would be.  She wanted something that had a nice "ring" to it; something "cute"; something "meaningful"; but most importantly something "unique".  She finally decided that she would use a combination of her two grandmothers' names "Daisy" & "Hattye".  Fulfilling all of her mind's wishes with a cute ring to the name - reminiscent of the word "Dainty" and meaningful because…well that's self-explanatory and finally a unique name - like no other.  To elevate, Shivon, wanted to improve her craft, so in the Spring of 2009, she attended New York's Fashion Institute of Technology to take up an Intro course to Jewelry Fabrication and Design, where she learned a plethora of techniques and gained a high level of skill.  Daitye's characteristics encompass all aspects of the designer's life.

The line is inspired by (her) Life, Love & Music.  She is a creator at heart, but her true passion lies with music; singing, writing songs and producing.  Many life experiences (love included), influence most of the pieces she creates.  Each piece is an original design, which goes through a thorough process of first visualizing the design, sketching on paper, and then being meticulously handcrafted by the designer.  Some pieces endure hours of formulation which include a labor-intensive and sometimes lengthy process.  The original designs and handcrafted aspect of each piece creates its own versatility, quality and value.  The pieces are created using materials ranging from .925 sterling silver, nickel silver, copper, brass, imported European and Indian leather cord and an array of semi-precious stones and beads.  The pieces also consist of numerous disc sizes, forged metal, stamped and textured impressions.  Each and every one, handmade by the designer in her design studio.  When you wear a Daitye piece, you are wearing a meaningful piece of jewelry that was created with love & passion…dare to be different…dare to be DAITYE! 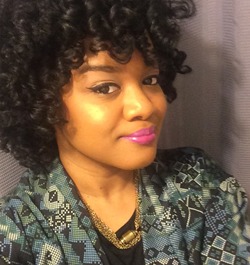